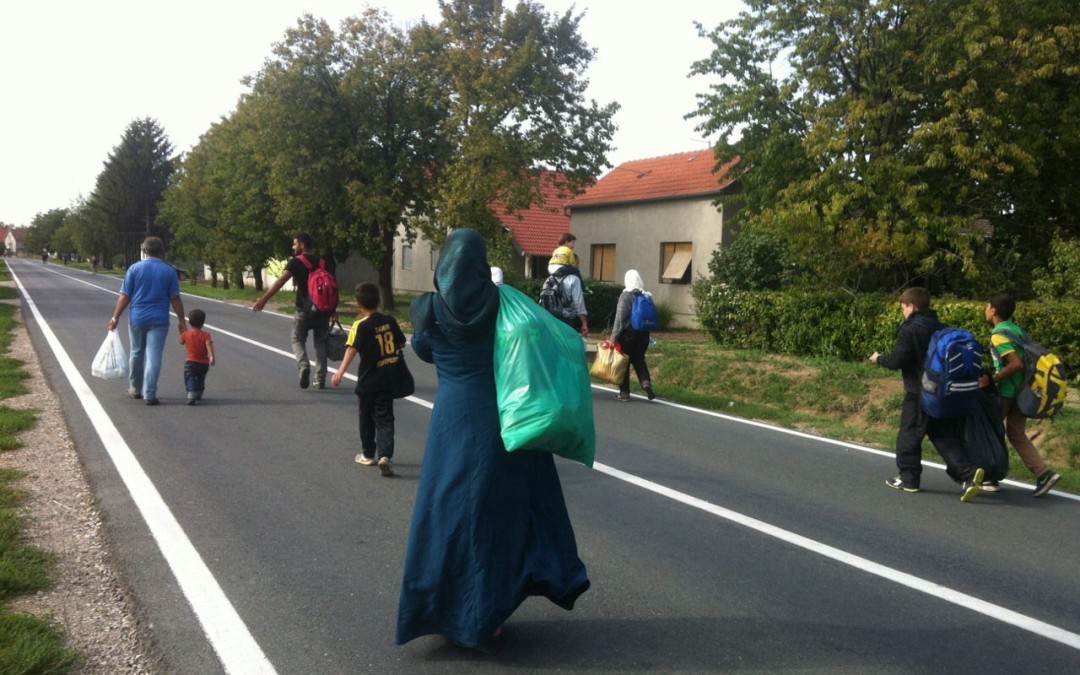 Representatives of Civil Rights Project Sisak (CRP Sisak), a Croatian NGO providing free legal advice and help to citizens in the protection of their civil and human rights, visited Eastern Croatia on Saturday September 19th to contribute to providing necessary aid to refugees from Syria and other neighbouring countries in the Middle East. We were helping to provide humanitarian aid to refugees in Tovarnik, a small municipality located on the border with the Republic of Serbia, in cooperation with the UNHCR Mission to the Republic of Croatia. Approximately 10 000 refugees entered Croatia from Serbia on that day, which represented a huge challenge to all of us.

The situation has slightly improved since Saturday but thousands of refugees and migrants are still entering Croatia on a daily basis. The majority of them stay in temporary collective centres (located mostly in Eastern Croatia, not far from the border with Serbia) for a short period of time in order to recuperate themselves. After resting, they immediately want to continue on their trip to central and north European countries (Germany and Sweden are the most desirable countries).

The Croatian Ministry of Interior, together with other relevant services and organisations in the field, are organising transport (by buses and trains) for them to get to Hungary and Slovenia. In other words, the current Croatian policy in relation to the European humanitarian crisis is to try to help refugees/migrants in transporting them through Croatia and toward their desired destination. Refugees are being registered and given the medical care immediately upon entering the country, as well as provided with food, water, information and shelter. The Croatian Red Cross organises volunteers and all others ready to help refugees. It seems that the system has been organised and it works well.

However, Croatia does not have enough resources to deal successfully with this refugee crisis. The EU must determine its joint EU policy towards this huge humanitarian issue and find the best way to implement it within member countries, especially those most affected in South-East Europe. In particular, these countries will need help with material resources (money, food, tents, clothes, etc) and professionals in providing humanitarian aid, which would include social workers, emergency health teams in the field, Arabic translators, organisers of refugee camps and other activities in relation with refugees, and other type of professionals from NGOs and other relevant agencies or institutions.

CRP Sisak’s continuing engagement will depend on the current situation in the field and we are ready to react if necessary. We might provide free information, counselling, and legal and humanitarian aid, because that is what we do: that is our mission.

CRP Sisak has been working in Croatia since 1999. Since then, they have provided free legal aid, including in-court representation, to more than 18,000 citizens, who are mostly returnees, refugees and Internally Displaced Persons. As a local organisation, they have continued to work with these individuals but have also expanded to include all socially vulnerable citizens.

Find out more about CRP Sisak.